TERVs, a contribution to CBT: a case study 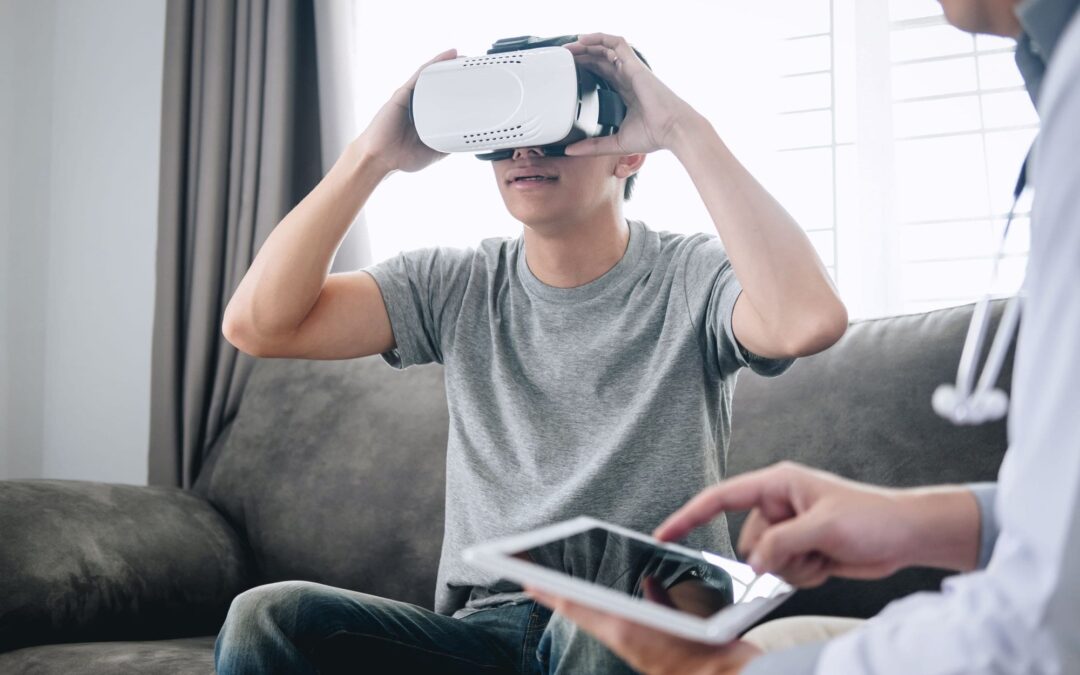 I recently discovered the treatment of psychopathological problems through Virtual Reality Exposure Therapy (VRET). It turns out that it can be a complementary tool to the classic Cognitive and Behavioral Therapy (CBT) treatment. To present this to you, I decided to evoke the case of a patient suffering from agoraphobia, panic attacks and a moderate depression.

I first met Vincent in early 2016. He has not been going to college since the beginning of the academic year due to recurring anxiety issues and is very much anticipating going back (chest pain, stomach pain as well). He also has major concerns about sleeping. He lives with his parents to whom he is obviously very close. He has had these difficulties for a few years but had not yet taken the step of going to see.The treatment was done in a classical way: first of all, panic attacks were managed by learning some breathing and relaxation exercises, then a hierarchy of anxiety-provoking situations was established in order to face the phobia in vivo. From the start, the evolution was made. Vincent was able to face the least anxiety-provoking situations, and he even said he was considering going back to school. However, this progress slowed down because the idea of resuming his studies made him somatize (stomach aches and eczema). He postponed exposure to more stressful situations such as: “going to locate the faculty”

At this stage, it seemed extremely relevant to start the treatment with Virtual Reality Exposure Therapy (VRET) in order to maximize his progress. Vincent is passionate about video games and new technologies, the adaptation to the headset was very easy and motivated him. So we had three sessions, each one a week apart.

The first session started with the agoraphobia environment in the subway. Vincent coped quite easily with the first two stages (20-30% anxiety).  The third stage was more difficult in that he felt muscle tension and his anxiety was at 50%. During the second session, in the same situation, his stress was only 40%, he no longer felt any muscle tension and he explored the virtual environment more than the last session. Little by little, the phenomenon of habituation took place. We ended the session with the ochlophobia environment (fear of crowds and the gaze of others). The same phenomenon of habituation took place.

Following the 3 sessions of Virtual Reality Exposure Therapy (VRET), we made an assessment. The first significant advance is that Vincent did not dread going back to school and returning to Lille, which a few months earlier was the most frightening situation for him. We also reviewed the different techniques to be used when dealing with various situations including: breathing techniques and positive monologues.

A month later, I saw Vincent again in consultation. The least we can say is that the results are convincing. Indeed, he took the train and the subway, which broke down in a tunnel that day, almost without anxiety! Even this exceptional situation did not disturb him. He has even made friends and is gradually moving away from his parents.

Here is a treatment that illustrates the contribution of Virtual Reality Exposure Therapy (VRET) within the framework of Cognitive and Behavioral Therapies (CBT). This new form of care is intended to be in tune with the times, facilitates exposure to real-life situations and can provide additional motivation for patients.