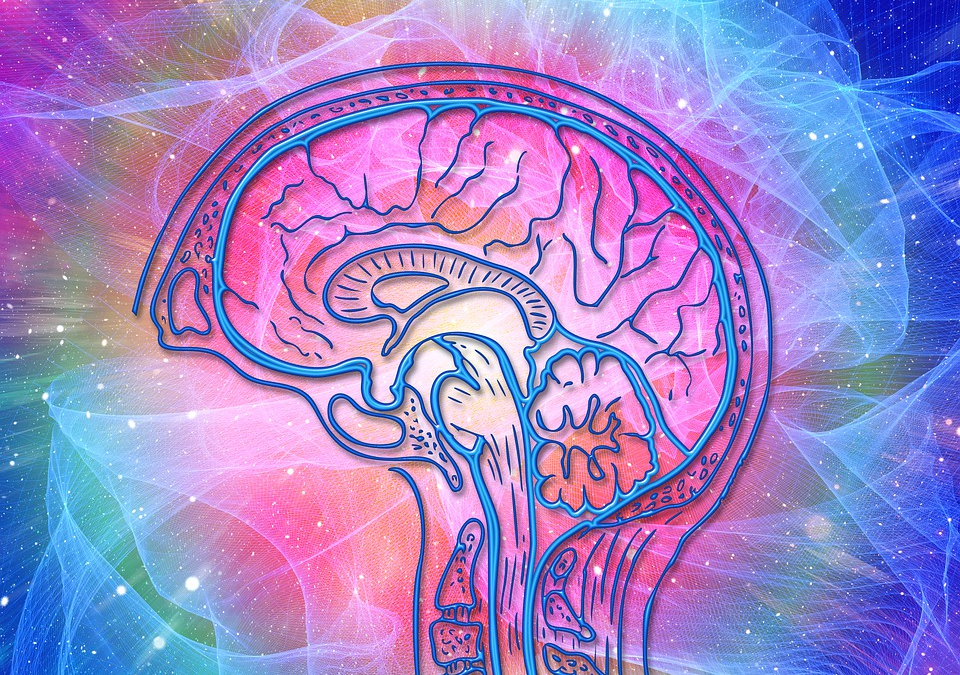 Have you ever heard expressions like “having a memory like an elephant”? Or “having the brain of a sparrow”?

Because yes, not so long ago it was thought that intelligence and brain size were related.

Today, it is no longer a secret; intelligence has nothing to do with the diameter of our forehead or the volume of our brain. We know that, despite its average weight of 1400 grams, the human brain is the most advanced and dynamic in the living world.

1. The cognitive brain: the intelligence of the neuron

Intelligence is clearly not a question of size, but rather a question of neurons and neuronal connections. Moreover, the brain would contain as many neurons as there are stars in the galaxy; that is to say approximately 100 billion. The difference is that the stars are isolated from each other, while the neurons communicate with each other, creating an interconnected dialogue with a thousand, sometimes ten thousand, other neurons.

This communication is viable thanks to the contacts called synapses.

Indeed, if we are able to think, feel, perceive, move, remember and forget, it is thanks to our neurons.

The neuron allows us to code, transmit and calculate the information required for our functions to be deployed through the nerve impulse.

In other words, the neuron can be considered as a communicating logic gate.

It carries incoming information in the form of nerve impulses as it travels along the axon (at a speed of more than 100 meters per second) and propagates to other neurons. Communication between neurons, as mentioned above, is possible thanks to synapses, which have the function of linking neurons together.

In the synapse, a chemical language is created… Indeed, when a nerve impulse arrives in a synaptic termination of the axon, its arrival triggers the opening of channels through which a chemical substance called neurotransmitter is poured into the narrow space between this neuron and the neuron it contacts.

Neurotransmitters, also called “messengers” (chemicals) or neuromediators, are chemical compounds that are released by neurons, acting on other neurons (called postsynaptic neurons).

In other words, neurotransmitters are the language of the brain. It allows communication with other brain cells in order to transmit the message throughout the body.

There are different types of neurotransmitters, involving a kind of neural alphabet. Some manage your heart rate and blood pressure, while others make you feel motivated, stabilize your mood, anxiety or anguish, regulate your appetite, your libido or help you fall asleep. They also influence our behavior, thoughts and mood.

These types of neurotransmitters are released at the synapse and have either an excitatory or inhibitory effect on the target cell.

In addition to the neurotransmitters themselves, some classes of neurons produce substances that only regulate the functioning of the synapses of their target neurons, facilitating or inhibiting their effectiveness. These substances, called neuromodulators, are very important for optimal brain function: serotonin, dopamine, noradrenaline and acetylcholine.

Moreover, to ensure optimal functioning, both physical and psychological, it is necessary to maintain an adequate balance in production.

3. The nine main neurotransmitters to know

Dopamine plays an essential role in motivation and action (or motivation to act). It is involved in reinforcing our positive behaviors by activating the reward circuit (the pleasure circuit). In other words, each time the action involves satisfaction, dopamine flows in and causes a pleasant sensation.

It is therefore a hormone specific to pleasure. It is what generates the rush of joy you feel when you reach a goal or accomplish a task. As a result, the brain will seek to regain this feeling of immediate pleasure by reproducing the behavior.

This is the basis of learning.

High levels can lead to an overwhelming enthusiasm to do and undertake. An imbalance with too much dopamine is not desirable… Qualities turn into defects; you react quickly, are impulsive, even violent.

Conversely, when dopamine is too low, the motivation to act is weakened; a tendency to procrastinate. We no longer have the strength to do something we used to enjoy. We don’t feel like it anymore, we don’t feel pleasure.

Moreover, a significant lack of dopamine can lead to addictions (negative reinforcement of behaviors). Indeed, some drugs take advantage of your brain’s reward system. They stimulate the brain to release an overabundance of dopamine, which creates a feeling of pleasure, even euphoria, -yes but- temporarily.

Unfortunately, the crash that follows a dopamine high can be brutal. Afterwards, you may feel depressed, tired and uninterested in your favourite activities.

Of course, drugs aren’t the only thing that can alter the normal dopamine levels in your brain; video games,gambling,shopping (and many others) create a similar high.

And once a habit is ingrained, it can be hard to break.

Serotonin, commonly called “the well-being hormone” or “the happiness hormone” due to the fact that it acts on the nervous system of relaxation (the parasympathetic nervous system). It therefore intervenes on the regulation of emotions and the feeling of pleasure. This is why the antidepressants prescribed by the medical profession act as precursors of serotonin.

It has a regulating effect, therefore inhibiting.

It can happen that an imbalance of serotonin occurs. When the brain does not produce enough serotonin, you may experience moodiness and insomnia. You may also feel confused and have difficulty concentrating. In excess, the symptoms tend towards depression.

On the other hand, having too much serotonin circulating in the brain can be even more dangerous. Some illicit drugs can cause the brain to release all of the serotonin stored in the synapse at once (like LSD).

This sudden spike in serotonin and the subsequent sudden collapse is called serotonin syndrome. This can lead to paranoia, impaired judgment and memory problems. So be sure to protect your brain’s serotonin stores to maintain this delicate balance.

Stress reactions, when excessive over a long period of time, weaken serotonin production. Anxious brains often tend to be deficient in this hormone.

Note: Some studies tend to show that this hormonal deficiency would also be genetic in the case of high intellectual potential, and one can imagine that it is also the case for hypersensitivity.

Acetylcholine is an excitatory neurotransmitter that activates skeletal muscles. It does its work at the neuromuscular junction (the place where the nervous system and muscles meet). In other words, acetylcholine comes into play every time you move your muscles.

Acetylcholine is also involved in attention, motivation, memory and learning.

This brain hormone is released during stressful situations and participates with cortisol to provide the body with enough energy to react to the emergency.

It is also released into the bloodstream when we feel intense emotions. We have all felt at some point a great wave of anger, for example, which floods our body. And even after the target situation is over, we still have that indescribable feeling flooding our veins. That’s why it’s called “the thrill hormone”.

It is also present in the fight-or-flight mechanism – under the name of noradrenalin, among others – but also in the thrill of pleasure. Amusement parks take advantage of adrenaline by capitalizing on the feeling of exhilaration that adrenaline can cause.

As a result, in these situations, it creates a surge of energy that increases heart rate, raises blood pressure and directs blood to the larger muscles. We will feel more reactive to action, even more “alive”.

One of the most used neurotransmitters in the brain, secreted by more than 50% of neurons (especially the so-called “pyramidal” neurons).

Glutamate has an excitatory effect and is linked to our learning and memory.

Therefore, neuroplasticity (or brain plasticity) depends on glutamate because it is thanks to this amino acid that the pathways between neurons are made in order to strengthen your memory and help you learn.

Again, this neurotransmitter is frequently used because it is the main neurotransmitter with a cerebral inhibitory effect (about 20% of the brain’s neurons). Its chemical formula, antagonistic to glutamate, allows the slowing down of neuronal discharges. It therefore reduces activity in the central nervous system and blocks certain messages from the brain. In other words, it calms.

Let’s thank GABA because, without it, our brain would be constantly “on”, stimulated, in action. It lowers and calms your heart rate, our blood pressure and helps us relax before falling asleep.

If you are interested in secreting GABA; deep breathing and mindfulness meditation help stimulate its production.

Endorphin is an endogenous opiate (produced by different regions of the brain and spinal cord) that has an inhibiting effect on the transmission of pain signals. In other words, its main function is the attenuation of painful sensations. Therefore, it regulates the hormonal response to stress (cortisol) but also pleasure. Also called “pleasure hormone” because it is secreted during or after the effort (sport, after a sexual romp etc.).

Called “love hormone” it is much more than the chemical messenger of affection that is usually presented to us. Oxytocin is a powerful neurotransmitter that acts on bodily functions.

That the male gender does not feel left out, because oxytocin has a primordial role in establishing connections of loyalty and trust. In other words, strong friendships, important relationships with our friends and family involve oxytocin production.

This neurotransmitter, commonly called “the stress hormone” ensures our general energy and therefore our physical and psychological performance in daily life and during anxiety-provoking situations to react.

On a daily basis, apart from stress linked to a particular situation, the release of cortisol normally follows a precise cycle throughout the day, with highs and lows, in order to ensure wakefulness or on the contrary rest. In everyone, this brain hormone plays an essential role in the organization of our sleep-wake rhythm.

Therefore, overproduction of cortisol can disrupt the proper functioning of the sleep-wake cycle. The levels remain high at times when they should be low and vice versa. Ultimately, people with excess cortisol are regularly in a state of nervous imbalance. Insomnia and/or difficulty in falling asleep, cerebral excitement or mental ruminations are common. This excess is consequent in the development of phobic disorders.

Finally, cortisol also plays an anti-inflammatory role: the continuous increase in cortisol production can also weaken the immune system in the longer term. As a result, the body becomes more vulnerable to infectious agents, both bacterial and fungal.

4. Conclusion: maintain a balance, know when to consult

As you will have understood, the interest in knowing the consequences of neurotransmitters on our daily life necessarily implies that our daily routines (such as hygienic and dietary rules) have an impact on our cerebral chemical balance (and in fine, our mental and physical well-being).

The search for balance can be done with the help of a psychologist in order to bring about new learning, in order to untie our past harmful conditioning from our daily life and replace it with more beneficial and healthy habits.

Virtual Reality Therapy (VRT), unlike other therapies that rely on the imagination, will allow you to immerse yourself in an environment in order to work directly on your behaviors, your dysfunctional cognitive thoughts and your emotions. Virtual reality therapy can be used for a wide range of problems at different ages, including anxiety disorders, phobias, addictions, neuropsychological disorders (ecological environments for cognitive stimulation) and other mood disorders such as depression (through behavioral activation, which is a major therapeutic lever).

Nevertheless, in excess, it is important to consult, in order to verify if an adapted complementary treatment would be advised in addition to a therapy.